The constant throughout Robert Kleinman’s life was a deep interest in the cosmos and the soul’s place in it. He was awakened to the wonders of the universe during a spiritual experience as a teenage soldier on a WWII battlefield in France. He never lost that orientation. After completing his Army service, he began a long trek towards the heart of the cosmos that eventuated in the doctoral program in Philosophy and Cosmology at Columbia University. There, he fused the principal insights of Spinoza and Albert Einstein into a brilliant dissertation. 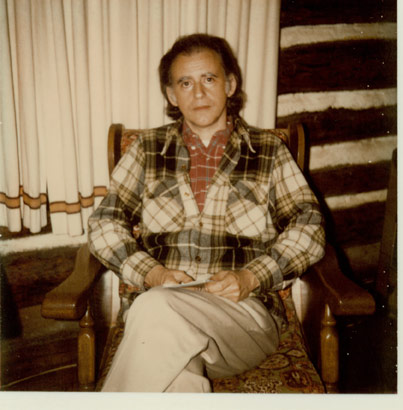 Alongside his intellectual development were years of spiritual practice, notably in Zen with the great Isshu Miura Roshi at the First Zen Institute of New York. He explored the spiritual traditions of India under the guidance of Swami Nikhilananda at the Ramakrishna-Vivekananda Center in New York City. Then he encountered Sri Aurobindo’s poem “Rose of God” in the Samuel Weiser Bookshop. The impact was pivotal. He soon entered into all of Sri Aurobindo’s writings, and they summated and transcended what philosophy had presented. The vast and integrative vision of Sri Aurobindo enlarged and reshaped Bob's life and purpose.

His goals were primarily spiritual, and his deepening study and practice of Sri Aurobindo’s integral yoga led him to visit India with his wife Jan and some of their children in 1969-1970, spending lengthy periods in the Sri Aurobindo Ashram. They grew close to the Mother and several of the Ashram luminaries, including Amal Kiran, Arindam Basu, and M.P. Pandit. Inspired, the Kleinmans resumed their work in America.

Dr. Kleinman’s remarkable book from 2003, The Four Faces of the Universe, rejuvenates cosmology and carries it beyond the contemporary confines of astronomy. The reader senses not just the shape of this magnificent and growing universe, but the larger Being who manifests it.

To read sections from Dr. Kleinman’s book, The Four Faces of the Universe, click here:

An Integrated View of the Cosmos

To hear Dr. Kleinman’s reading of the opening cantos of Savitri, click here: